Mistress Tiffany and mistress Ava caught this guy jerking off in public and they knew they had to punish him so that he never did it again. They teased him and told him that he did not have to resort to jerking off when they were there. They went with him back to his house where instead of fun, they facesat on him and choked him till he peed his pants.

Princess Serena facesits on slave for being forgetful

Princess Serena was late to work because her slave did not wake her up like she had asked him to. She was mad at him and before she left for work, she facesat on him. She did it to choke him and to teach him a lesson that when he is supposed to do something for her, he must see it through otherwise he would not like the consequences that would follow.

Mistress Natasha was not pleased with what she had learned about her boyfriend. She learned that he liked digging his nose and she was not going to let him get away with it. She had to change him and she did it by facesitting on him on the bed. She crushed his face with her ass and as he choked, he realized she was serious and he stopped that habit.

Mistress Breanna facesits on boyfriend till she comes 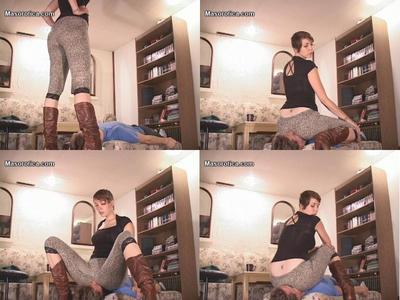 Madame Marissa came home today and found out that her slave had stolen some money from her. He did not think she would notice but she did. She did not want to stay with a thief so she had to put an end to that sort of behavior. She rode him like a pony in the house and she facesat on him to choke him and punish him for what he had done.

Princess Morgana wanted to test her slave's breath retention skills. She wanted to find out whether he was better than her at it. She had fun humiliating him with her ass. She facesat on him and she made sure he could not breathe properly. The mistress timed him and was impressed by the time it took for him to start struggling to push her aside so that he could breathe.

Mistress Amy and her facesitting slave

Mistress Amy did not have a reason to punish or humiliate her slave. But then again, he was her slave and she did not need a reason to humiliate him. She crushed his face with her ass and she tortured him for fun. She made him lick her ass and to choke him, she farted on his face. He could not breathe properly and had to struggle in order to breathe.

Mistresses torture guy to get money

Mistress Tiffany Naylor and her friend mistress Ava wanted to blackmail this guy for money. They had learned his secret and they tried to get him to give them money so that they would keep quiet. But he did not care about it and he did not pay them. They got furious and they tortured him using cigarettes and facesitting on him. It was so cruel and painful he had to pay them to let him go.

Mistresses punish guy for playing them

Mistress Gaia and her friend ganged up on this guy. He was playing them but instead of them fighting each other for him, they chose to join forces and teach him a lesson. They were both his victims but they were not each other's enemies. Mistress Gaia called him to her house but when he went, he found both of them. They did not let him get over the shock of seeing both of them. They facesat on him and humiliated him cruelly.

Mistress humiliates guy for putting others down

This mistress did not like how this guy liked to put down others. She tried to tell him to drop the habit but he did not listen. The next time he did it, she could not forgive him and let him get away with it. She facesat on him as punishment and she ignored his cries of pain and pleas for mercy. She told him to enjoy the punishment as he had been warned but did not listen. 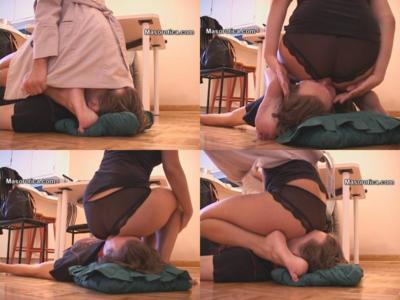